Los Bucaros is a blend of washed catuai and caturra coming from 3 different farms in Nueva Segovia: Agua Sarca, Las Hortensias and Los Pirineos and processed in Cafetos de Segovia – a dry mill located in Ocotal and surrounded by coffee land, making it easy for producers to deliver the wet parchment the same day as they harvest and process it.

In 2015, a local producer family realised that the prices paid for coffee cherries in the region were too low and that they could produce high-quality coffee on their own farm. They decided to create a dry mill on their land to add value to their product.

From 1975-1979 the Nicaraguan revolution hit the entire country, but it was even more intense near the Honduran border, forcing the family to emigrate to the USA. They returned to Ocotal six years later to find that their house and much of their farmland had been seized by the government. Only the house was returned to them – they had lost more than 70ha of coffee farm. 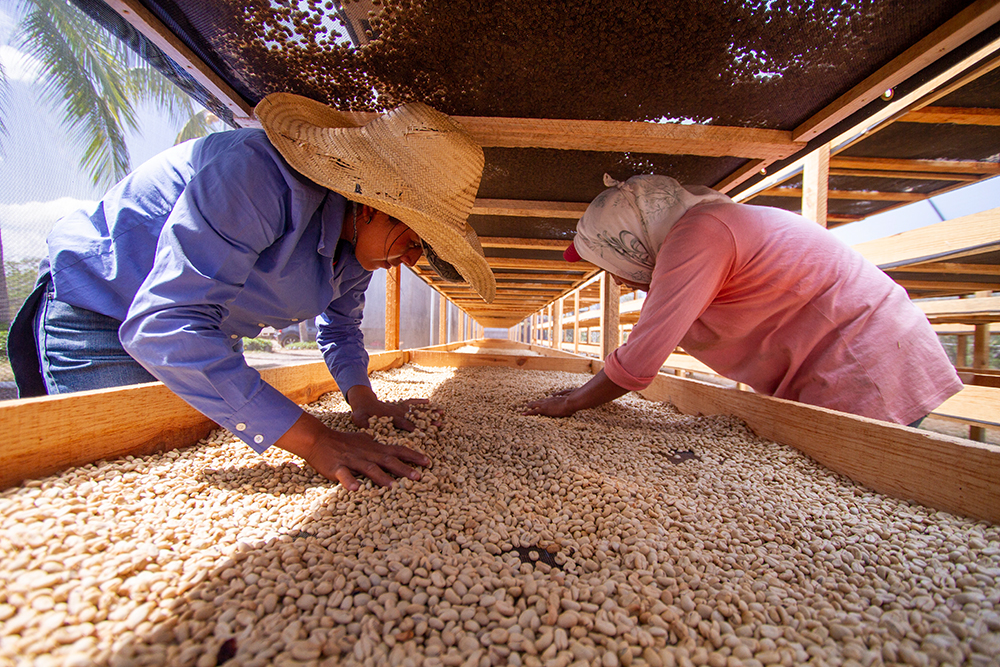