This Natural from Kabyiniro station is sweet and fruity with berries and black tea.

In 2003, 28 farmers in Muhororo region decided to form a cooperative to increase coffee production and boost their income. That initial group was composed of 22 women and 6 men. The district authorities granted them 30 hectares in the region and the group allocated plots to each member. In 2004, the group became legally registered as Kopiguka cooperative. In 2012, they constructed a mini-washing station to process coffee. The cooperative filled a market gap by collecting and processing coffee in the region, where there were no other washing stations.

Unfortunately, due to poor management and external factors like the market, the cooperative was unable to remain profitable and in 2018, they began working with Tropic Coffee, who now manage and operate the station. The cooperative remains in charge of the farm operations on the land granted to them by the district. Their collaboration is proving profitable and helping members pay for their health insurance, school fees and more. 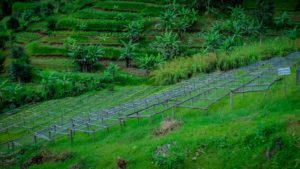 Cherry is selectively handpicked by farmers and, during peak season, hired hands. Farmers bring cherry directly to the washing station. At intake, cherry is floated to remove any under or overripes. Cherry is laid on raised beds to dry and raked frequently to ensure even drying. It takes approximately 30 days for cherry to dry. 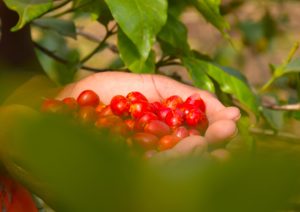 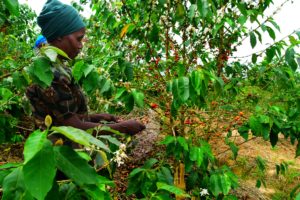